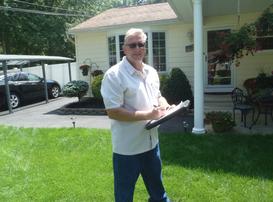 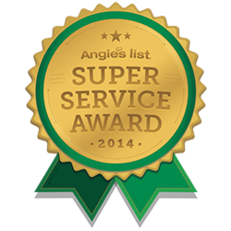 ​April Williams
Art came out and really helped us with our Mold issue in our apartment. He also spoke with our apartment complex whic...
View and reply
Oct 24, 2016​​​​​

​I am so pleased with this company, Art responded to my call immediately and gave me an estimate on
the SAME DAY!!!!!

The work was done the next day. I highly recommend this company.Art was a Pleasure to work with.

Initially inspected the crawl space and took multiple pictures which showed the extent of mold and
fungus as well as deterioration of the old insulation and vapor barrier. Outlined several options for
remediating the problem along with the costs. Once a plan was decided, they returned promptly and did
a thorough job over several days of cleaning away all the mold , and replacing all old insulations,
barriers and coverings. Even tightened several ducts and extended a drainage pipe alongside the house
which was putting water too close to the foundation. They cleaned up thoroughly and left no mess .
I was very impressed with the degree of professionalism and the way all my questions were answered
with clear and detailed explanations; no B.S. I'm happy with the result and highly recommend this company.

We went away for a couple of days and when we came back we had 4 inches of water in the basement.
I called my buddy that is plumber, he came and shut the water off and I called Restore you and Art
was here in a little over an hour. They pumped the water out in about one and a half hours,
removed all my stuff that was trashed and saved what they could. It took a week to dry it out.
They did a good job and his guys were nice too.


Mold Remediation and water damage repair.
Member Comments:
Restore You  is a  punctual , professional company that worked fast to restore my home.
I wouldnt hesitate to use them again in the future!!

Called art at about 12 pm for possible mold in my crawl space, he was at my residence that same day
before 5 pm. He was organized, well prepared with some high tech equipment and best of all he was
honest. Checked my crawl space and the first floor of my house. No mold was found thank god.
Can't recommend this guy enough with mold and restoration issues it helps to have a guy with some
contracting background (which he does ) .And believe me I picked his brain.

Member Comments:
Removed damp and moldy insulation. Treated all surfaces for mold using hydrogen peroxide,
Benefect and boric acid. Replaced insulation, installed vapor barrier, 3 fans and a dehumidifier.
I have a dry and incredibly clean crawl space. Art (owner) made suggestions to help keep water away
from the crawl space. I appreciate all that he and his crew did

Tested for mold, ripped out the offending areas, and did repairs (insulation, drywall and painting).
Member Comments: He was very attentive to the issue I was having throughout the investigation and
remediation.  He went out of his way to cover all of the bases while trying to minimize the cost to me.
He kept me informed at all stages of the project and sought to minimize the impact to my routine.  I
would definitely recommend him to others.


Removed mold from attic along with contaminated insulation, they Hepa vacuumed , and used a solution to
clean the entire attic of all spores.  The rest of the house was quarantined off,they brought a trailer
to remove all the debris and everything was bagged upped before it came down thru the house. Very clean
operation.
Member Comments: Art and his team were very thorough and had to perform in some tough heat the week I needed
the job completed,we left the house vacant so they could quarantine everything and only use one path in and
out of the house, which was covered the entire time. House was spotless when we returned !   He rearranged his
schedule to accommodate ours and even came personally later on  when I had some questions about what was done.
Very professional, courteous, and stands by his work . I would use them again without hesitation.

Water damage and remediation.
Member Comments: I highly recommend Restore You. Art is extremely conscientious and is tenacious in making
sure all problems are solved.
He is always available to talk to and explain the situations involved.
I feel very confident in the work he is doing and would recommend him to anyone


Sprayed under the main house for mold and put a vapor barrier down.  Also sprayed under the Fla room for
mold and replaced the insulation and put down a vapor barrier.
Member Comments: It went well.  He also noticed that my gate was not working and fixed it for me.
He did not like the door that was by the Fla room.  He felt it needed a vent and replaced it free of charge.
He answered all my questions.  I was very happy with his service.


Worked with the owner directly Art Sulik.  Art was friendly, informative and prompt.  Restore you has
excellent level of service we researched many companies before hiring them.  The work was completed
thoroughly and on time we never had to double check on any of his work he went above and beyond what
the contract included.  Restore You is definitely on my go to local service vendor lists.  Hire them!!


Removed all insulation from crawl space and removed the mold.  Checked under the carpets for mold and treated
the inside of the house.  Thank you Art for answering all of my questions.  For trying to help with other
things that didn't fall under  mold remediation.  Art is one of the good guys and Art takes pride in his work.

Member Comments: Restore You came everyday they were scheduled and even a couple of extra days because of extras work.
I appreciate their work ethics.  Whenever I called I received a call back in a timely manner.
I would hire Art and "Restore You" again and feel confident that the job would be well done.


They tore out wet insulation/ cleaned floor and roof joist system/ applied plant-based, anti-microbial agent/
hepa vacuuming-detailed (floor + joist system) drying furnace/ R + R vapor barrier, etc.
Member Comments: My daughter has CSS and COPD and was allergic to mold. Art was very sensitive to her
condition. On the job he and his crew worked constantly and they were very good workers.


I MADE ONE CALL TO RESTORE YOU AND HAD HIM AT MY HOUSE IN A VERY SHORT TIME AND HE BEGAN REMEDIATION
RIGHT AWAY.  STAYED WITH THE JOB DAILY, CHECKING ALL HIS EQUIPMENT AND SUPERVISING THE PROGRESS OF THE OTHER
WORKERS THERE.  RESTORE YOU GAVE ME TREMENDOUS RELIEF FROM THIS DISASTER AND I KNEW THAT I HAD HIRED THE
RIGHT COMPANY.
MY FLOODED DEN, FROM A FROZEN WATER PIPE IN MY ATTIC, HAS BEEN  RETURNED TO ITS ORIGINAL
CONDITION BECAUSE I HIRED THE RIGHT COMPANY, RESTORE YOU.


They showed up on time and performed the service as promised. They even performed some unscheduled services
that came up with no extra charge! They were efficient and diligent. I am VERY PLEASED with the work they
performed. I hope I don't need this service again but if I do I would use Restore You AGAIN.

Our sea shore home was affected by Hurricane Sandy. Sea water had invaded our crawl space and ruined our
heating and air conditioning duct work which was replaced in December of 2012. Fortunately, the water never
came into the house. But now we had to deal with the mold and mildew that was growing on the floor joists.
We did our research and had several estimates from companies that treat the problem. The remediation process
was very similar for all of the companies. We chose "Restore You" to remedy the situation because their method
was the most sensible and affordable. First, they removed our old vapor barrier, which still had sea water l
ying on it. Then, they laid down a temporary vapor barrier and sprayed the joists, sub floor and walls with a
micro anti-bacterial that killed all of the mold and mildew. After the spray, they scrubbed the joists and
subfloor to remove the dead mold and mildew cells. The next part of the process involved using a "hepa vacuum"
on all of the treated areas to remove the dead mold cells. To complete the process, the crawl space need to be
dried out. "Restore You" placed three axial fans and one dehumidifier in the space for several days until the
joists and sub-floor reached a dry-safe, 14% moisture reading.

Arthur Sulik, the owner of "Restore You", had two very capable and hard working employees performing most of
the arduous labor, but Art was always there supervising.
Finally, we had "Restore You" install fiberglass insulation on the sub floor between the joists.
Member Comments: The project began on time and continued for several days, just as Arthur outlined in the
contract. I was very pleased with the owner, his employees and the work that they completed. He answered all
of my questions with good answers and explanations where I felt that I received a good education on mold
remediation. The owner was very easy to deal with. A real nice man who takes pride in the services he
advertises.

Art and his crew did a wonderful job. They were able to work within the budget provided by our insurance company. Their have incredible attention to detail, went above and beyond what I expected, and left the house clean every day they worked. Art was very pleasant to deal with, explained very clearly what needed to be done, and there were no surprises. I would recommend Restore You to anyone, and would use them again in a heartbeat!
April W Somers Point    Rating Review                                                    posted on Oct 24, 2016    Art came out and really helped us with our Mold issue in our apartment. He also spoke with our apartment complex which really helped get the ball rolling with fixing our mold problem. He was very nice and professional.

Art and the gentleman that works with him did a wonderful job on the mold remediation in our crawl space and attic. We called Art to do an air quality test because we were experiencing mold smells and allergy issues. In addition to the test he did a visual inspection of the common problem areas that could be affecting our air quality and found obvious mold in both the crawl space and attic. We went ahead with the mold remediation he recommended. The job was complete less than 2 weeks later and we were very pleased with the thorough job they did. Art cleaned up some additional areas with visible mold and gave us some advice on ways to prevent future mold issues and to improve the air quality in our house. Overall we were very pleased and would definitely recommend Restore You for mold remediation.
Art is great to work with. I am very pleased with the work they completed in the crawlspace my home. They were focused on doing it correctly and not cutting corners. Art took the time to show and explain various options and the best solution for me. The guys doing the work were a pleasure to deal with as well, very professional and hard working to get the job done. I highly recommend them and I will definitely use them in the future, if the need arises.
View on Mobile